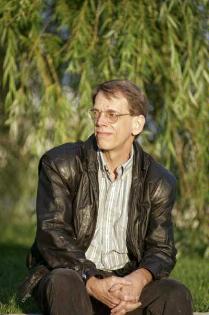 
Andy's Big Idea. Josh Thomas. If you were as rich as Bill Gates and you started a Gay and Lesbian university, what would you teach? Computers, electronic engineering? A core liberal arts curriculum? You can go to cart and save for later there. Report incorrect product info or prohibited items.

Andy's Big Idea Average rating: 0 out of 5 stars, based on 0 reviews Write a review.

Josh Thomas. Walmart Free delivery Arrives by Tuesday, Nov Pickup not available. Add to List. Add to Registry. About This Item We aim to show you accurate product information. Manufacturers, suppliers and others provide what you see here, and we have not verified it.


See our disclaimer. Specifications Publisher iUniverse, Authorhouse. Customer Reviews. They sit out there, and people get scared. So instead of just bolting one creature that might attack you, you stop several from attacking you at all — and they hit someone else. He sighed a patient sort of sigh. I'm saying in multiplayer Magic , Seal of Fire is better than Shock. And I'm also saying that in certain situations in multiplayer Magic , it might be better than Lightning Bolt.

You should talk about this in your column. You know, offer your readers something more than wild stories about slow Pouncing Jaguar s. Sounds fishy," I told him. Of course, Todd was right, which is the sort of thing that makes him completely insufferable for the next, oh, six years. Seals are good in multiplayer — 90 percent of the time, they're better than the instants with similar casting costs and abilities.

That's not an advantage you necessarily see in duel, because the "stay away" message is lost on a single opponent. But in a group game, your opponent has other options. Shortly after that "stay away" thought, I got the image of a rattlesnake in my head. And shortly after that, I started thinking there are definable attributes of cards that, if you slapped a number on 'em and gave 'em cute animal names, people would pay good money to edit and post on their web sites.

And damn it all if I wasn't right. By now, you can see where I'm going: the "animal elements" that are key to so many of my columns are all about evaluation. Each element — cockroach, gorilla, pigeon, plankton, rattlesnake, and spider — literally assigns a value, but you don't have to be that geeky about it.

I do, though. Let's look at a specific card printed about a year after my "Seal" epiphany: Questing Phelddagrif. Once you start looking at all six dimensions of a multiplayer card, instead of just one say, gorilla , you start making better decisions in the cards you put in your decks. You also do a better job of determining which card on the board is the biggest threat, which brings us to the next section.

Evaluating what's going on during a game, and deciding upon the best course of action, is a skill we never fully master. Sometimes, we can become so focused on what looks "cool" that we lose sight of what is smart.

For me, bad analysis happens even more often among teammates than among opponents. Less than two weeks ago, our group was playing an eight-player emperor game, after drafting Ravnica block. Two teams of four, the "true" emperor sits second to the left, player range of 3, global range all players, no creature movement. I was the "false" emperor on a team with from the left Andy, Paul H.

The other team was starting with the player across from Andy : Paul S. Both of these reasons, incidentally, have nothing to do with evaluating board position in game 2. Well, beyond a bit of foreknowledge of what's in people's decks. But I'm a stubborn little dork, and when the time came to play an Ocular Halo , I looked at the board and saw the following:. If you guessed the Mossdog, you are correct! Here's how the dialogue went after this amazing play:.

TODD: You know, it would have been better to enchant a saproling, rather than give the other team a 3-for-1 opportunity. That's true. But look at how cool that Mossdog looks!